The last post I published to my blog was about the time I intentionally tried to date nice guys. And it got me thinking about the age-old saying “nice guys finish last.”

People have said this forever. I’ve never given it much thought as to why people say this. Why do they finish last? It seems so unfair when you take it at face value. They’re being nice. Why should they always lose?

As you read in that last post of mine, girls like me contribute to their downfall. I rejected Nice Guy. He wasn’t for me. We established that.

But after writing about that experience, I wondered if it was ALL Nice Guys or just that one. Was it that I didn’t feel ready or deserving specifically of him? Or, generally? Was he a nice guy or a guy who happened to be nice? There is a difference. 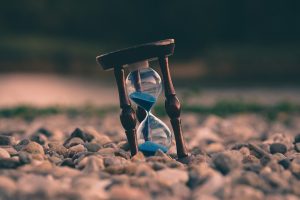 I began to recount whether there had been other nice guys finish last scenarios in my dating history. Turns out there were several. Some who came before Nice Guy (who appeared in that first post) and some who came after.

So I really started to think: hmmm all of these failed.  There are two common denominators: 1) me and 2) them (each a prototype of the “nice guy”).

What is the prototype of the “nice guy”?

In my opinion and based on my experience, the typical “nice guy” includes some or all of these characteristics:

I know, I know – some of these things may sound not so bad, but a lot of things can look great on paper while in practice they fall seriously flat.

The problem with those six characteristics identified above is that they indicate that nice guys are too dependent, try too hard, and lack a true sense of self.

What underlies all of these things? A lack of confidence or low self-esteem. This is my clinical opinion. (You know because I’ve got that undergrad degree in psychology I’m trying to put to use.)

If they are saying yes to everything you say; apologizing for any mistake they perceive they’ve made even if it’s the most absurd thing to apologize for; choose every response carefully out of fear they’ll say the wrong thing; say ‘yes’ to you about everything to avoid argument; please you, your parents, your friends, and their parents and friends to the nth degree; and copy the romantic notions they’ve seen in rom-coms since the 7th grade than they are scared out of their minds to just be real.

Simply put, nice guys finish last because they are scared to be themselves and may not even know themselves at all.

They are unsure of what it means to stand up to you or fight with you. They lack confidence in what their own thoughts and feelings and needs may be that may differ or conflict with yours, their family, or their friends. They’ve allowed themselves to be a doormat and have convinced themselves that it is because they are caring and thoughtful.

(Trust me, I’ve heard that specific line more times than I can count. Unfortunately.)

Once the relationship has headed south, nice guys become ridiculously hard to break up with without crushing their very souls. They’ve told you on more than one occasion that “You’re my everything.” “I don’t know what I would do without you.”

So, when you have to tell them you’ve come to the end of your time together, you feel like the worst person in the world because you’ve murdered their sun. 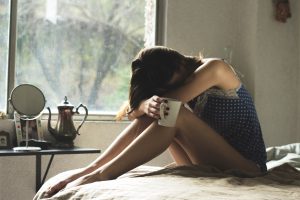 (Yes. I was once called someone’s sun. In the beginning, you do kind of think this is romantic until you realize they actually mean it. Their world revolves around you. Yikes.)

They figuratively throw everything at you because you’ve had to tell them you’re not the right fit. Out of the woodwork comes all of the shit they’ve been internalizing. That resentment comes flying out of the wall like razors. You know, all the times that they didn’t say what they really thought; didn’t pick that fight; didn’t say “no” to that thing. Here it comes. That and the kitchen sink. Hurled at your head. And you’re like, I am awful. I clearly wasn’t deserving of this guy to begin with. What’s wrong with me?

In many of my instances, they’ve had a point. A reason to be angry with me.

I’ve spent most of my life a people pleaser. I’m not one who wants to be confrontational or to disagree, especially with those closest to me. I, too, have wanted to be thoughtful and caring to the point where I have shelved my own wants and needs to put their’s first. In doing so, I have helped create the perfect storms that have landed on each of the houses built with these nice guys.

(Not real houses… you know what I mean.) 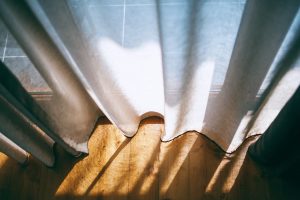 The difference once this has happened has always been in how we each respond.

I own up to my mistakes and faults, I admit when I’m beaten and have made a mistake, and I apologize for the part I’ve played in getting to the end result: breakup. The nice guys I’ve been with have not known how to do this. They’ve deflected and gotten defensive. I’ve become the villain in each of these stories. The woman who had it all and threw it all away. Ungrateful. Uncaring. Dishonest. Selfish. And my other personal favorite, a woman who will never be loved again the way that they loved me.

Perhaps I’m a little bit of all of those things, and I’ll take what is rightfully mine to bare. But rarely have I seen them take ownership for their part. Rarely have I seen self-awareness or accountability for how we got to that final place. Our memories and happy times piled around our feet. They can’t understand how doing and saying all the “perfect things,” never pushing back, never arguing, never disagreeing, could possibly lead to such destruction. And to me, it couldn’t be more clear.

Nice guys finish last because they started in a losing position to begin with.

If they’re too dependent on you and have no worth or identity of their own than you’ve signed up for a babysitting gig. At some point, you want to give the kids back and let their parents deal with them. If they’re trying too hard, eventually what was seen as cute or romantic in the beginning now comes across as fake, ingenuine, and unoriginal. If you can predict their every move, you fall into a repeated pattern. For me who wants to change and grow and develop and find excitement in the day-to-day, this gets boring, disinteresting, and evokes repetitious face-palming.

They need to know their worth and who they are. To go into a relationship with another person confident enough to push back; say no; argue; disagree; fight; set boundaries; and have other interests besides their relationship and their partner. They certainly need to be able to see other things outside of their coupledom that brings them worth, joy, esteem, and satisfaction. It’s too much pressure to make the relationship the center of all things. For when things then get rocky, the whole universe comes crashing down and they are badly burned. 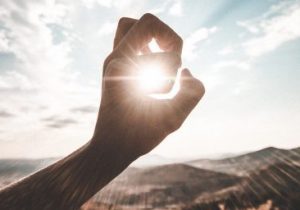 I’ve never wanted to be a heartbreaker. Never wanted to hurt people that I have cared about – no matter how much things may have changed between us along the way.

I’ve never meant to start a relationship and have it end with such chaos or drama or tragedy. Such heartbreak. But I’ve never ended a relationship either without truly feeling that it was serving both myself and the other person more to call it quits than to drag ourselves, hardened, twisted, and bleeding to some metaphorical finish line. Life is way too short. And if it has required being called or seen as the villain, so be it. I’m strong enough to carry that.

If nice guys don’t want to finish last, they have work they need to do. They have to do it for themselves and by themselves. I’ll work on my shit, too. Heaven knows I’ve got my own unhealthy and ill-placed tendencies. Who doesn’t? I know I contributed to the fall of several nice guy empires. That I wasn’t always perfect. That I’ve been hurtful. I do promise it was never intentional.

I hope someday they won’t see me as a horrible person for calling it as I saw it. For deciding to end it rather than drag it out and pretend it was something else. I sincerely apologize to anyone I have ever hurt. Every heart I’ve broken has chipped away at the part of me who believes I’m caring and loving and put others ahead of myself. Every time I’ve heard “You’re stupid for giving me up.” “You’ll never find another who loves you the way I do.” “You’re damaged and will be alone.” I have felt a rip along my soul. And always at that moment, I have felt that maybe they are right.

Nice guys finish last and people feel badly their feelings have been hurt. They see the women who have hurt them as the man-eating beings who didn’t deserve them to begin with. Trust me. There’s a lot more to it than that. Take it from the cold heartless, heartbreaker who knows.

*This is the second post in a 3-part series Dating Nice Guys.

Rules of the ‘F’ Word: Guidelines for Acceptable Use in Everyday Life